How Do Clodronate Liposomes Induce Apoptosis in Phagocytes?

After Clodrosome has been dosed to the animal by the chosen route, the clodronate liposomes will come into contact with macrophages and other phagocytic cells. The phagocyte immediately recognizes the liposomes as foreign particles and proceeds with destroying these invading particles. The first step in this destruction is phagocytosis in which the liposomes are engulfed by the cell into an internal vesicle known as a phagosome as shown in the figure below. Lysosomes, which contain many types of destructive enzymes, including phospholipases, fuse with the phagosome forming a phagolysosome. 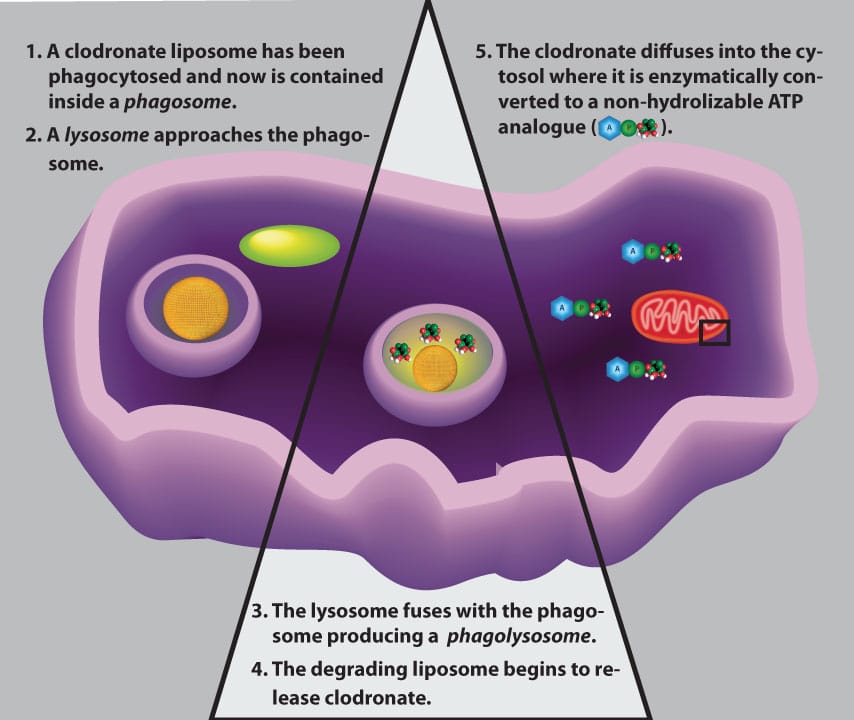 After the macrophage phagocytoses the liposome, the resulting phagolysosome fuses with a lysosome initiating the release of clodronate from the liposome into the cytosol where it is converted into a non-hydrolyzable ATP analog.

The lysosomal membrane also contains proton pumps which will lower the internal pH of the phagolysosome. The low pH, phospholipases and other macromolecular interactions all contribute to compromising the liposomal membrane thus releasing the encapsulated clodronate. The low internal pH of the phagolysosome may contribute to the ability of the clodronate to cross the phagolysosomal membrane into the macrophage’s cytosol. Once in the cytosolic medium, clodronate is mistakenly recognized as cellular pyrophosphate and used by several Class II aminoacyl-tRNA synthetases to produce a non-hydrolyzable ATP analog, adenosine 5’-( β,γ -dichloromethylene) triphosphate (AppCCl 2 p) [1–3]. 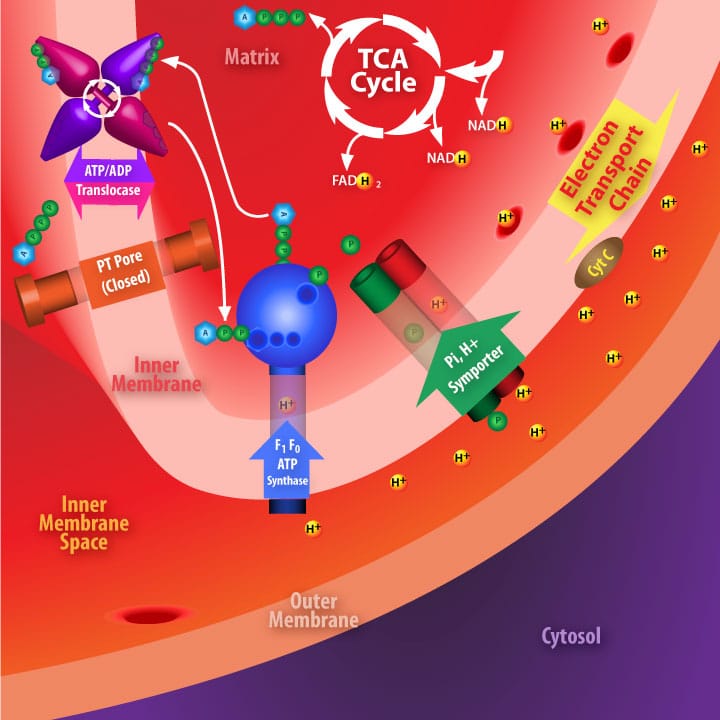 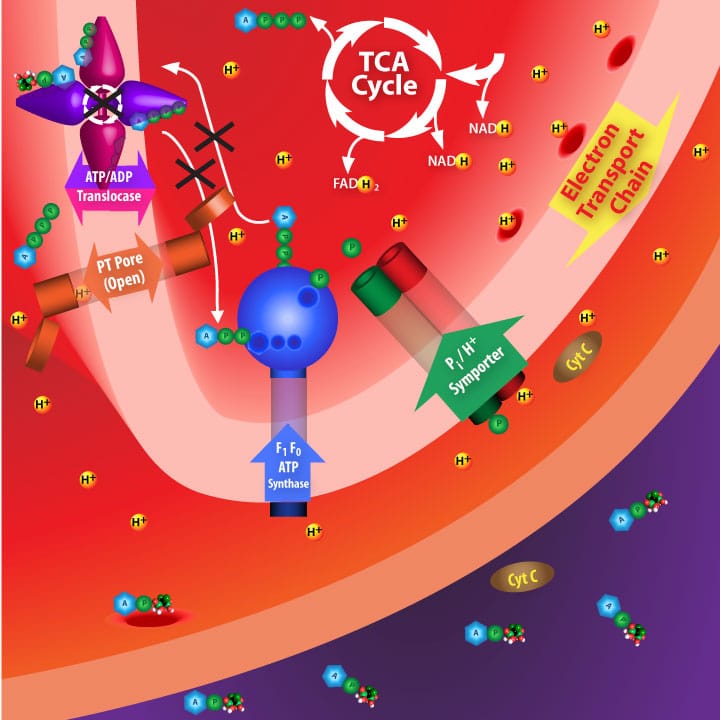 Irreversibly inhibiting ADP/ATP translocase disrupts the electron transport chain due to depolarization across the inner membrane. Some components of the disrupted ETC, such a cytochrome C, migrate to the cytosol and initiate apoptosis.

QR Code - Take this post Mobile!
Use this unique QR (Quick Response) code with your smart device. The code will save the url of this webpage to the device for mobile sharing and storage.